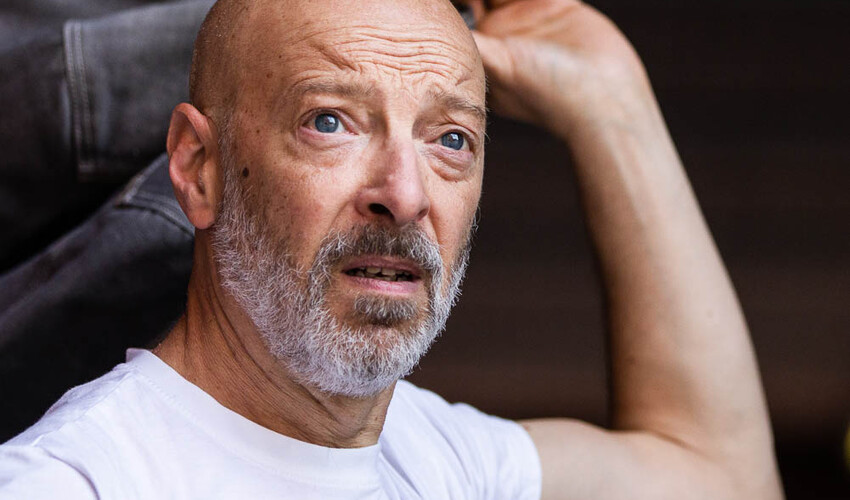 Joey Zimmermann was born 1961 in London / Hammersmith as son of jewish parents. He grew up in Basel and in Ticino, the italian part of Switzerland. After A-level and first traineeships and small stage roles at the Basler Theater he degreed as an actor at the Acting Academy in Zurich (ZHDK). 1989 he was the main-role in the movie „Dreissig Jahre“ (by Christoph Schaub).

In Switzerland he continued to play in movies and in free projects as Schauplatz International and the self-reliant Groups „Rust/Wolf/Zimmermann“ and „Freunde des Glücks“.

2005 to 2012 he took a regular job at the Theater Aachen. He worked with Ludger Engels, Albrecht Hirche, Monika Gintersdorfer, Elina Finkel, Anne Lenk, Hans-Werner Kroesinger, Christina Rast and many other directors.

Repeatedly he realises own projects, often relating between visual and performing arts.

Since 2012 he is working as a free-lance in theatre and film.